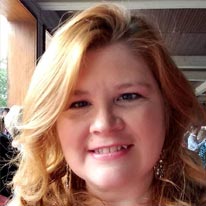 Darla presents the Family perspective – a wife that not only had to deal with her husband’s addiction, raise two children by herself in the absence of that husband for 12 years while he was away in prison, but had to deal with the long-term effects on the family.

She shares her personal story as a child of an alcoholic Father and the compelling story of the wife of Steered Straight’s founder, Michael Deleon. A woman held at gunpoint, not once but twice, and the Mother of their two children, Darla impacts students about how their choices and decisions affect those that they love.

My name is Brecken Hobbs. I am a proud graduate of the University of South Carolina as of May 2019!  After majoring in Management & Marketing with a minor in PR through advertising, I was offered a job as a Marketing Director in Nashville, TN. This opportunity allowed for me to grow in my career and later gave me the strength to pursue my real passion.

After losing my first love, John Toohey, to addiction at only 21 years old, I realized the true lack of prevention education. Post-graduation, I have worked to create a preventative, educational drug abuse program tailored specifically for college students, written by a college student (me). I know firsthand that our young adults want to form their own decisions, but I wanted to provide them with the proper knowledge to make those informed decisions. After being introduced to Michael by a mutual friend, we knew we had to join forces. I quit my full-time, day job and am honored to work alongside the Steered Straight team as a part of this powerful mission. While I can’t change the past, I do hope I can be a part of changing the future! 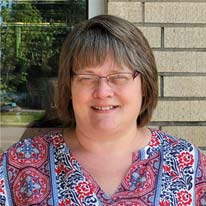 Amy Peterson has lived in Murfreesboro, Tennessee, with her husband, John, and two sons, Evan and Corbyn, since July 2016. She was born and raised in Toledo, Ohio, where her first-born son, Andrew Frederick VanHorn, was killed by the neighborhood bully at the tender age of 11 years old during July 2009.

A couple of years after Andrew’s death, Amy’s back was broken in a bizarre accident. Later still, she was attacked at gun point by a stranger in Nashville. She is passionate about sharing her story of a broken heart and broken body to help encourage others to choose forgiveness, while strengthening their faith, and learning about the cycle of the bully, the bullied, and the bystander.