Two of the biggest challenges for drug addicts and the families trying to help them are overcoming the stigma of addiction and recognizing that anyone can fall prey to the disease. 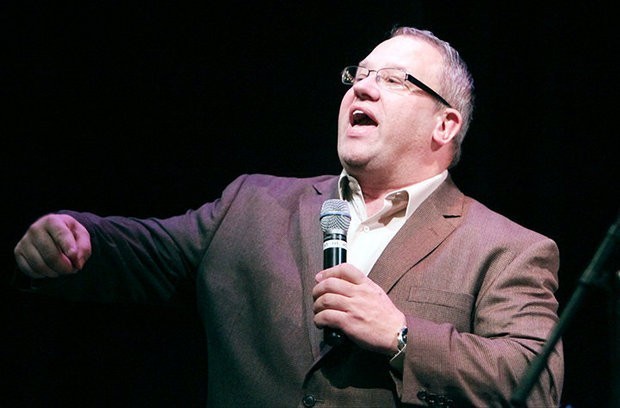 The Lord’s Vineyard: A Family Recovery Church, located in West Deptford, will host a special gathering at 6:30 p.m. Sunday to hear from a leading voice on addiction intervention and recovery.

In addition to working with addicts and trying to steer young people away from drugs, DeLeon advocates for legislative measures to address drug addiction. He has even taken his mission to the national level.

DeLeon has produced documentaries chronicling the drug addiction epidemic in New Jersey and across the nation. When contacted Thursday, he was in Los Angeles for a presentation of his latest work, The American Epidemic, which chronicles his interviews with hundreds of addicts across the nation.

DeLeon doesn’t consider himself a filmmaker.

“I’m making films with a cause,” he said. “The films are just my way of enhancing my message.”

The energetic speaker doesn’t sugarcoat that message. “We have an epidemic on our hands,” he said.

The face of addiction has changed, DeLeon said, and it doesn’t discriminate.

“This epidemic is touching everyone,” he said. “It’s not a celebrity here and there dying. It’s in every sector of society.”

When he comes to West Deptford on Sunday, he will share his personal story, which includes his own battle with drug addiction and 12 years in prison. He founded the nonprofit Steered Straight in 2000 to tell his story and educate and inspire others to make good choices.

“My main message is a call to action,” he said.

The epidemic is hitting the suburbs and rural areas, where many think it cannot happen in their families.

When most consider what an addict looks like, DeLeon said they miss the reality that it is truly everywhere. “You don’t think of the lacrosse player or the student at Rutgers. The face of addiction has changed. Suburban America is naive.”

In the last three and a half years, DeLeon said he has been to 90 funerals. The most recent was a National Park man who battled heroin addiction for 12 years, he said.

For many addicts, their troubles began with a prescription for high-powered painkillers or through experimenting with a parent’s medicines.

Overprescribing for pain-management is a primary factor in the addiction crisis, he said. “I don’t blame the pharmaceutical industry I don’t blame doctors. But they are so complicit in this problem and they are not at the forefront of this solution.”

One of his biggest pushes right now is promotion of a federal prescription drug monitoring program. Such a program would help cut down on doctor shopping, the process in which an addict obtains a prescription for opiates from one doctor then goes to another and another, picking up more prescriptions along the way, DeLeon explained.

Under a registration program, a doctor could pull up a database to confirm that a patient hasn’t already obtained a prescription with another physician.

He pointed to progress with a good samaritan law in New Jersey that allows someone to report a drug overdose without having to hear that they will be charged in the process. Widespread deployment of overdose antidote Narcan has also been important, but much more work remains.

DeLeon spends quite a bit of time sharing this message in schools and that message, by necessity, is now aimed at younger kids. He began talking to high school students, but now delivers his warnings about heroin to kids in grades 6-8, because experimenting with drugs is starting sooner.

“I want kids to understand that heroin and opiates are deadly,” he said.

He also tries to explain to kids that, despite what they may have heard, marijuana is a dangerous drug.

“Most of the kids I interview that are heroin addicts begin with weed,” he said.

DeLeon offers a stark outlook on the future of addiction in American, noting that there is no easy solution.

A focus on recovery

The Lord’s Vineyard has made recovery its primary mission.

“We have transitioned from a traditional church to a family recovery church because of the heroin epidemic,” explained Pastor Neil Murphy. A church member, the mother of a National Park resident who lost her son to addiction, asked DeLeon to come speak to the group.

The church hosts a program called The Meeting each Saturday evening at 6:30 p.m. to offer addicts, family members and friends an opportunity to share their struggles and draw support from others facing similar challenges.

“There are so many kids and adults dying of heroin overdoses,” said regular Meeting attendee Donna Duer. “We’re really trying to get everybody together and have people speak out about it instead of being ashamed about it.”

Her son has struggled with addiction issues, Duer explained.

Attendees include parents and grandparents. Babysitting services are even offered.

What many don’t recognize, Duer noted, is that addiction is more than a personal issue — it’s a family crisis.

Addiction not only affects parents and siblings, but nieces, nephews and grandchildren who witness an addict’s destructive behavior, she added. That’s where a place like The Lord’s Vineyard can help.

“The Lord is what led me to this church,” she said. “It just makes a big difference.”

People come from all over the region to attend these sessions, Duer said, and she enjoys the supportive, family atmosphere that develops from these gatherings. She even helps with babysitting from time to time to allow others a chance to meet.

“I love being there for people and people are there for me,” she said.

To learn more about The Lord’s Vineyard and Sunday’s program, call 609-221-6641 or email . Refreshments will be served starting at 5:30 p.m. Sunday, with the program beginning an hour later.