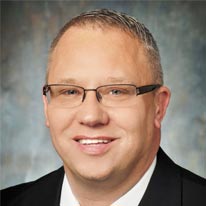 Michael DeLeon is on a mission: A mission to educate the youth to stay on the right path when it comes to serious life issues, especially drugs. He has become the #1 booked school presenter in the country.

Michael is the founder and powerhouse behind Steered Straight Inc., a non-profit organization formed in 2007 upon his release from prison and designed to carry an important message to youth on the extreme dangers of drugs, gang involvement and associated criminal activity.

Steered Straight’s program reaches out to children, teens and young adults with a message of reality about life-choices and the importance of consequential thinking so that they understand that there are consequences to their actions. The reality of the message comes from Michael himself, who was entwined in the life of drugs and traveled a troubling road to get to his future.  Throughout the country, Michael now leads a team of talented speakers who present a realistic and powerful prevention message.  His “no holds back” message resonates well with student assemblies, faculty and parents.

Stay In Your Lane Media, the media arm of Steered Straight, was founded by Michael in 2012, and has produced four award winning documentaries, Kids Are Dying, An American Epidemic, Marijuana X and Road to Recovery. His fifth documentary, “Higher Power is currently in post-production. Michael has also produced multiple public service announcements, as well as educational and instructional videos on prevention and Recovery

Michael founded a project of Steered Straight, Inc., called “The Recovery Army”. Recovery Army’s mission is to recruit everyone to wage war on this pandemic of addiction. He tours the country in a Recovery Army Tour bus, visiting communities with educational resources, films and books. He visits schools, prisons, jails, treatment centers, Churches and community organizations addressing each group with catered messages and presentations. He captures stories of Hope and Recovery and has produced over one hundred video stories on the Recovery Army Website.

Every state in America has experienced Michael DeLeon – one of the most passionate prevention speakers you will ever encounter.  He is a member of many associations, committees and boards, but more importantly, he will take the time to answer questions from any youth and talk with anyone in his audience. Why? As Michael says, “I don’t want to just affect one kid; I want to affect them all.” Darla presents the Family perspective – a wife that not only had to deal with her husband’s addiction, raise two children by herself in the absence of that husband for 12 years while he was away in prison, but had to deal with the long-term effects on the family.

She shares her personal story as a child of an alcoholic Father and the compelling story of the wife of Steered Straight’s founder, Michael Deleon. A woman held at gunpoint, not once but twice, and the Mother of their two children, Darla impacts students about how their choices and decisions affect those that they love.