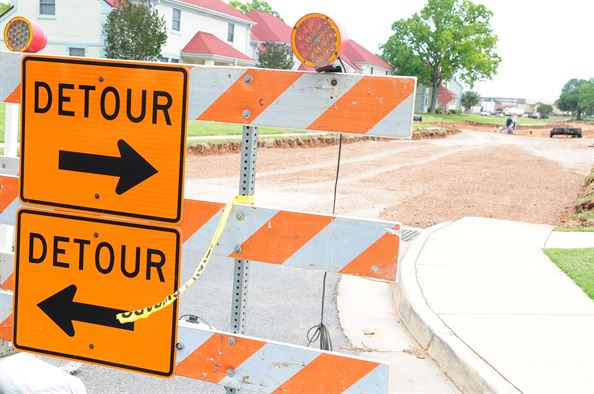 Every year INC magazine features executives of the top 100 fastest growing companies in the country. In 1991 my company was on the cover; yet two years prior success was not the case for me, not even on my radar.

Although growing up with two wonderfully supportive and loving parents who instilled in me work ethic, morals and amenability and gifted me with a fairly optimal upbringing; by the time I was twenty-six years old I had managed to fail or quit basically everything I started. I graduated high school with the lowest GPA in my high school history. I sued the US Navy for breach of contract and won, or lost per say, and was discharged. I quit college not once but twice, and was divorced from a woman that I’d dated for a whole two weeks before entering a marriage. I was well on my way to success, or not. I blamed everything and everyone in my life for my setbacks including my parents, the teachers, the Navy, the institutions, the woman, etc… I outsourced my inadequacies to circumstance and had managed to collect an ample supply of excuses for nearly every situation I found myself in as I fueled my life with entitlement.

In 1989, I found myself with fifty dollars to my name and a small truck that my mother co-signed for me. This is when I began my “pursuit of happiness”. My quest however, seemed to have plans of its own. I found myself derailed and chasing detours on my road to success.

I founded a package delivery company in Charlotte, NC. Within the first year the company had achieved significant expansion and financial growth. I had become a prominent business leader within the Southeast and was a regular feature in numerous business publications. I merged my growing company with a larger regional competitor and within our second year of business the new company had grossed twenty-seven million dollars. We were the ninth fastest growing privately held company in the United States and employed over four hundred people.

I achieved the American Dream. Being admired and respected became very important to me and to my
amazement it came rather easily. My life was rewarding and I was fulfilled. Of course, with that came constant pressure to succeed. Work became hectic with constant travel throughout the country. It became a seven-day a week mission.

With success comes a relentless burden, an addiction per say, a constant need for more. On my journey, I also developed a condition- self-sabotaging- which I coined “Itcan’thappentomeism”. It is a disease; a stubborn one, one that thrives within one’s self. Symptoms include victimstance, blame, naiveté and feelings that one is indestructible. I was a workaholic going twenty-four seven. My thirst was never quenched and my desire for success was insatiable. This is how I met my demise. I was introduced to a thin glass pipe and a drug called Crack-Cocaine. I was under its spell, Satan’s crux. The drug made me invincible or so I thought. It wasn’t long before heroin entered my life.

Over the next three years I managed to escape the American dream and to turn my life over to the devil, my drugs. I went from top executive of a multi-million-dollar company to a drug-addicted criminal, robbing convenience stores with a stolen handgun to support my addiction and was initiated into a street-gang in Newark, NJ. My life had spiraled out of control to a bottom of drugs, crime and violence.

I gave up my family and my career for my habit and addiction. I sold everything I owned and spent every penny I had. Having nowhere to go I went back to the only thing I had left. I went back to Mother’s home. My 63-year-old Mother had just retired as a nurse and I moved into her house. What a success story – a full-blown drug addict, gang-member moving into the home of his youth!

I decided that my only opportunity at this point for success was to make this gang thing work. I set up a major drug deal between two gangs, looking to move up. The deal went incredibly wrong. People were shot, money and drugs were stolen, and I had to get out of town. I went on a three-day bender, getting high and living in my car, leaving everything and everyone else behind.

On the third day of this binge, I realized that it was Mother’s Day. May 13, 1995. I decided to go back home to my mom’s house and to spend some time with her. She was pretty much all I had left and of course, was the most important woman in my life. I had lived with her for five weeks previously and hadn’t even spent five minutes with her. I felt horrible about that, I had to get home.

May 13, 1995, is and always will be the worst day of my life. After the drug-deal going bad and my three-day bender in which my fellow gang members weren’t able to locate me, they came looking. They decided to take my mother’s life instead in an effort to get even with me; and that they did. I found my mother strangled to death on the floor of our apartment. She had been dead for eight hours while I was off getting high. My lifestyle, my choices and my actions were the cause of her death.

I will never live a day without regret and remorse. I will never live a day without the guilt of this loss. That is why I will spend every day of my life trying to make a difference in the world using not only this part of my story, but my entire life story. The circumstances of this story, and the subsequent years I lived in addiction, partaking in criminal activity, which lead to the revolving door of incarceration, landing me back in prison, will FINALLY be shared in my memoir. “Chasing Detours” is the story of my life and will be published next month, APRIL 2017.

I now have found solace within my life. My passion has met my purpose, and I live to make a difference. I committed without waver to take 100% responsibility for every aspect, every facet of my life – the positive, the negative; the good, the bad; everything. I now live life looking through my windshield rather than my rearview mirror. God has taken my story and helped guide me to a new chapter.

To whom much is given, much is expected…. And I plan to live up to God’s blessing.