Clearing the Smoke About Vaping 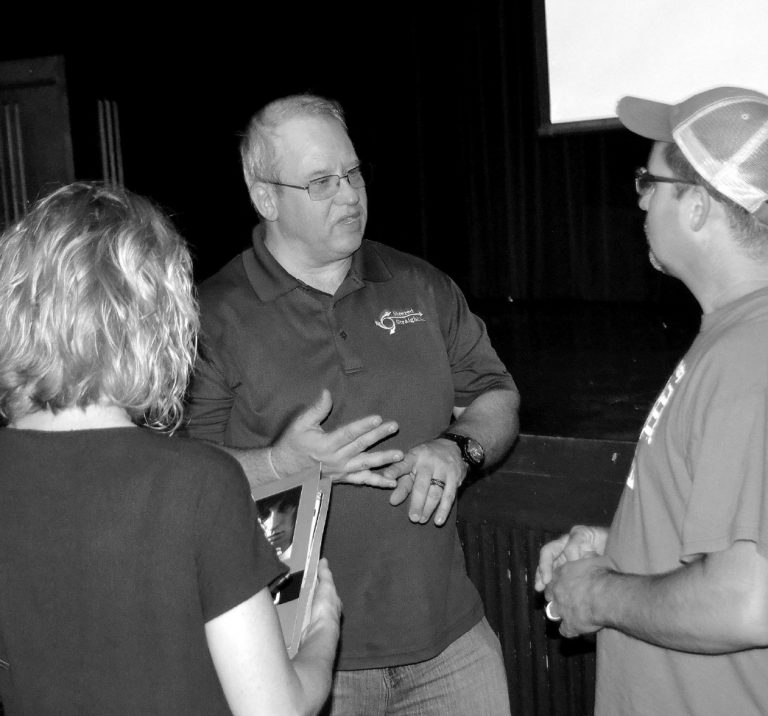 Michael DeLeon is a man on a mission — to educate the American public, adults and kids, about the effects of drugs and vaping on young minds.

DeLeon is the founder and CEO of Steered Straight, and travels around the country giving presentations to schools, parent groups, churches and prisons regarding keeping youngsters away from drugs. On Tuesday, he held a Parent Academy with Reynolds School District parents. Today, he will be speaking to Reynolds students in grades 5 through 12.

“My main objective is to go into middle and high schools,” DeLeon said.

Last year, he spoke in 616 schools across the nation, has made documentaries regarding the effects of drug abuse and has appeared on news segments.

DeLeon points out vaping was marketed to help people quit smoking, but the drawback is the main drug, nicotine, is still present in vapes, or e-cigarettes.

One Juul pod is the equivalent of four packs of cigarettes, according to DeLeon.

Vaping is also a major cause of respiratory disease, which has jumped to the sixth leading cause of death in the last few years.

With the addition of marijuana vapes, or pods, being made available in flavors marketing aimed at kids is adding to the national crisis.

DeLeon isn’t simply a school trained addictions counselor, he is a recovering addict and spent 12 years in prison for drug related charges.

According to DeLeon the three most dangerous words a parent can say about teen drug abuse is, “Not-My-Kid.”

While a lot of his presentation was about vaping, DeLeon also touched on opioid abuse, marijuana and alcohol use.

“This is the worst public health crisis this country has seen,” DeLeon said.

DeLeon advocates for open communication between parents and their kids. He said the three major gateways into major drug abuse are alcohol, marijuana and nicotine.

His theory is kids that sit down to dinner as a family five times a week are the least likely to turn to drugs. DeLeon is realistic enough to know sitting down to dinner as a family is hard; this is why he has changed it to having five conversations a week. He calls this form of communication Table Talks. He has written a book with 364 conversation starters which are available on his website, www.steeredstraight.org.

In order to nip drug experimentation in high schools, DeLeon believes students in 6, 7 and 8th grade should be subjected to random drug testing. He also agrees parents should test their kids and has resources available online to test surface areas in the child’s room for THC, the main component of marijuana.

“Drug testing is one of the biggest tools a parent can have,” DeLeon said.

Dispelling the myth that vaping is a safe alternative to smoking is the message DeLeon wants to get out.

Vapes are manufactured and marketed by two of the largest tobacco conglomerates and are a way to get the next generation hooked on nicotine, according to DeLeon.