Detox Center Seeks to Break the Cycle of Substance Abuse 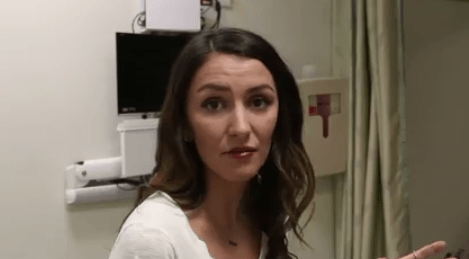 By 2015, “Kevin” had sunk into an abyss from which he feared he’d never emerge.

Despondent over his mother’s death from cancer, the 27-year-old Middlesex County resident and IT project manager began abusing 30 mg tablets of oxycodone — an opiate also known as “blues” or “roxy” on the street — to deal with his stress, anxiety, and depression.

“I started doing a few per week but eventually progressed to eight per day,” said Kevin of what became a consuming addiction that cost him nearly $250 a day to support and threatened his life, job, relationships, and self-esteem. “It was a vicious cycle – I didn’t want to do it anymore but I couldn’t stop because I knew that the withdrawal symptoms would be excruciating,” he said. “I knew I had a problem but I hid it and didn’t want to tell anyone. I was stuck in a trap.”

For “Brian,” a 28-year-old Middlesex County resident and telecommunications worker, life had reached a similarly desperate low. In and out of jail and rehab since his mid-teens for abusing everything from marijuana, cocaine, heroin, and painkillers to alcohol, Adderall, and ecstasy, his parents had tried to help him but ultimately kicked him out. By late 2014, “the lying, stealing, and taking advantage of other people was just too much,” he said. “It was draining and I had nothing left; I’m musically talented but I put it all aside during my addiction.  I was spinning my wheels and saw no hope.”

For these two young men, and more than 20 million others — according to the National Center on Addiction and Substance Abuse, more than one in seven Americans age 12 and older has a substance abuse problem — the throes of addiction are marked by debilitating physical dependence, emotional dysfunction, and shame and stigma from which many struggle to recover.

But these are the very pillars that the Center for Network Therapy (CNT) in Middlesex, through its unique Ambulatory Outpatient Detox program, has been addressing to help get patients on the road to a happy, healthy, and drug-free life.

“We’ve seen a huge increase in substance abuse since the early 2000s as a growing number of people received prescriptions for pain and then got addicted, requiring more and more medication to achieve the same high as they developed tolerance,” said Indra Cidambi, M.D., board-certified addiction psychiatrist and founder and medical director of CNT.

Despite the historic perception of addicts as derelicts in back alleys, Cidambi said that the face of this disease has changed dramatically.

“It can now be professional men and women in their 50s with children and responsible positions at work,” she said. “Once they’re using, they begin living a secret life and are afraid of stopping because the withdrawal symptoms are so terrible that they’ll do anything to avoid subjecting themselves to this.” 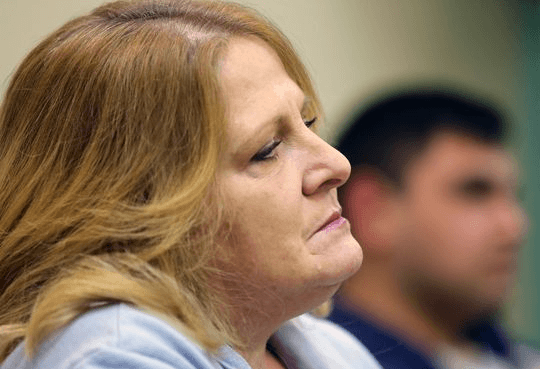 Amid what she describes as the system’s “revolving door of nonsense” — well-meaning but often what she believes to be are ineffective detox/rehab programs that require a patient to use/have drugs in their system in order to qualify for an in-patient program or else leave the patient vulnerable to a relapse following completion of an outpatient program that doesn’t properly manage them through their withdrawal — Cidambi envisioned another option.

“Many of these patients don’t need beds and can be successfully detoxed in an outpatient setting,” she said.

In her previous role as director of detoxification and rehabilitation at an in-patient facility in New Jersey, “I made note of all that was happening in the industry, took all of the missing pieces, and created CNT five years ago,” Cidambi said.

Among the unique elements of CNT, which is the first New Jersey facility licensed to provide Medically Monitored Ambulatory Detox (MMAD) from alcohol, opiates, benzodiazepines, and other substances, “patients receive the appropriate medication to manage their withdrawal symptoms while they’re in detox so that they don’t have the urge to use, and one size doesn’t fit all,” she said.  “Once they’ve come through detox, other programs may discharge them without monitoring for post-detox withdrawal and send them back to their original crisis environment, where they’re left to manage by themselves and may have hidden drugs.” 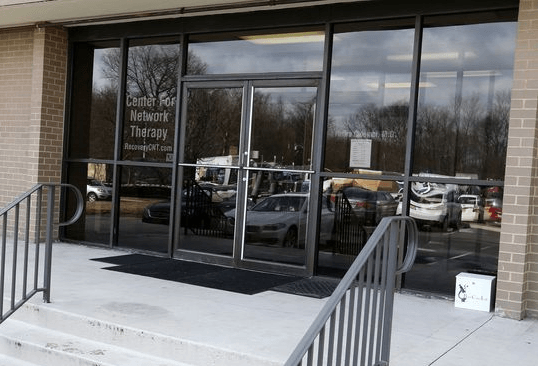 By contrast, she said, “we involve family members immediately, working with them to cleanse the home of drugs, and ask patients to be honest about what they’ve done and where they might have hidden drugs so that they’re accountable. Family members don’t often know the extent of the patient’s use, so we educate families within 24 hours of admission about this as well as about the disease of addiction to help elevate the level of support the patient receives at home.”

According to Cidambi, the provision of relative autonomy to patients is another of CNT’s unique tenets.

During the center’s typical eight- to nine-day detox process, “patients are with us from 9 a.m. to 7 p.m. each day, during which they participate in a structured curriculum of individual and group therapy sessions, including onsite AA and NA interventions, and then return home each night,” she said.  “Lunch, dinner, and snacks are provided and patients are held accountable with contracts; bodies and belongings are checked and if any issues arise, we inform the family and bring it out in the open so that there’s no crisis when the patient goes home. These are the conditions patients agree to meet to earn this ambulatory level of detox.”

Finally, Cidambi said, “we treat patients with respect and teach them that addiction is an illness that they have to learn to fight; we’re fighting their illness, not them as people. Once patients understand this, they want sobriety. We take the fear, shame, and stigma out of the equation.” 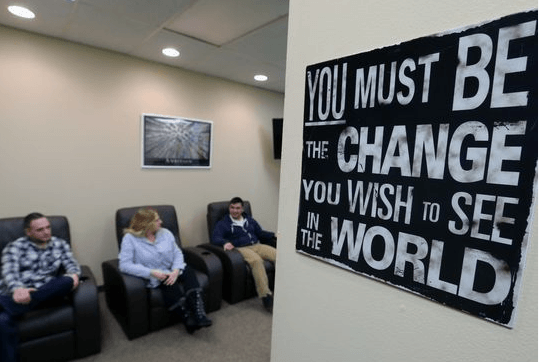 Victor Cruz, director of nursing at CNT, agreed. “We meet each patient at whatever level they’re at, bringing them up successfully from there,” he said of their innovative program, which is fully covered by insurance. “People are fearful when they arrive at in-patient settings – they’re often in hospital gowns and scared. But at CNT we bring the truth out by earning the patient’s trust and help people feel loved, listened to, and cared about. We give them autonomy, help improve their sense of self-worth, and make them feel like a person who means something.”

It’s a formula that’s working at the 26-patient facility.

“We’ve treated about 600 patients since we opened several years ago,” Cidambi said, “and, based on our follow-up with patients and families, two-thirds have remained clean after 90 days” — long considered one of the toughest milestones to achieve in the recovery process.

“We’ve proven that proper detox for alcohol, benzodiazepines, and opiates can be delivered at an ambulatory level of care while lowering costs and increasing efficacy,” Cruz said. While he added that some 5,000 drug-related deaths have occurred in New Jersey over the past decade, “Our patients have experienced no overdoses or seizures and we’re proud that we’re not contributing to that number.” 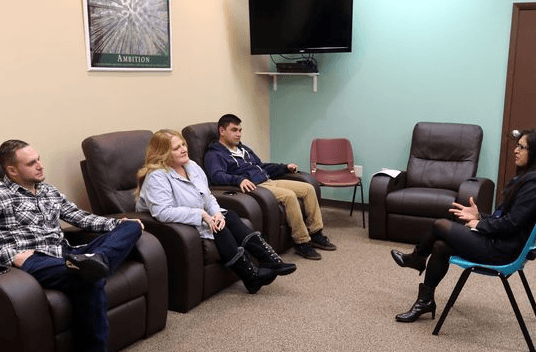 Admitted to CNT this past January by his girlfriend and family, “they took me in that day while I was in full withdrawal and gave me the right meds so that I could function, curb cravings, and counteract the effects,” Kevin said.

Surrounded by a supportive network where he was encouraged to talk through his issues, “I was in a good environment where people cared about me and I was excited to be there each morning at 9 a.m. I learned tons of coping skills and information about addiction itself so that I could get clean and stay clean. For me, it was also great to know that I could use my phone, connect with work, and go home each night rather than being cut off from the world; I was able to go home to the place where I’d been getting high and cope with the triggers.”

Since returning to work in early February, “I feel great and can wake up every day not worrying about the next pill,” said Kevin, who added that he’s excited to remain clean and plan for his future. “The team at CNT felt like a second family to me and truly saved my life.”

Since completing his program in January 2015, “I’ve been clean for 15 months and learned how to enjoy the beautiful things in life – I have a great family and girlfriend and I’m back into my art and music,” said Brian, who proudly shared hope with others as a featured speaker at CNT last year.

“At other detox and rehab clinics I’d been to, workers seemed to hate their jobs and looked at you as a junkie, but the team at CNT really helped and listened to me and their exercises made me change my way of thinking. I learned not to be impulsive and to understand my motives and reactions. The center helped me find myself and I have a really good life today,” Brian added. “They gave me the tools to cope and helped me get a new life that I never thought was possible.”

“Being an addict isn’t your name or who you are – it’s a disease, like diabetes,” Cidambi explained. “I feel that if we can touch 10 people, they’ll touch 10 more and that our model is helping to clean things up. It’s doable,” she promised, “and people don’t have to lose their lives to addiction.” 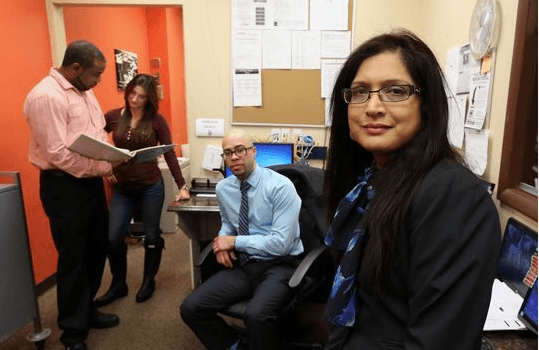