Drugs Over Dinner: Stickers Encourage Parents to Talk to Kids About Drugs 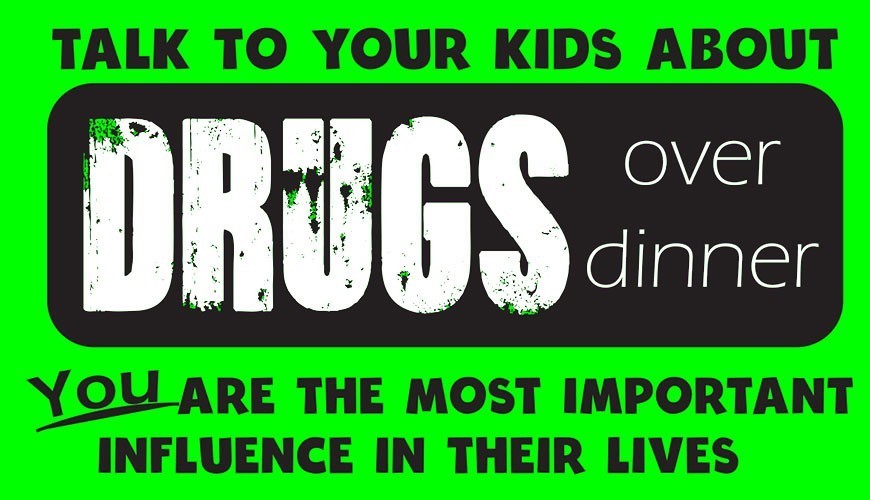 If you order dinner to-go, you could get a bright sticker about a dark topic with your meal.

Some restaurants are slapping the green stickers on their take out boxes. The stickers say, “Talk to your kids about drugs over dinner.”

“Honestly that little sticker, it’s going to catch someone’s eye and that right there that can spark up a conversation,” said Stephen Ogle, with Steered Straight.

A drug prevention program called Steered Straight has teamed up with eight Boone County restaurants. The stickers are meant to encourage parents to talk to their kids about the dangers of drugs and what to do if someone offers drugs to them.

“It can attack anybody. It doesn’t matter who you are. I always thought I was going to be that kid that never used, but honestly I was,” said Ogle.

So far, Steered Straight has passed out more than 5,000 stickers. Boone County Pizza Kings and the Buffalo Wild Wings in Zionsville are among some of the restaurants participating.

“We do have so many customers that come in here and they are obviously reading the box and it’s something new,” saidHannah Gibson, with Fox’s Pizza Den.

So far this year in Boone County, there have been 132 drug related arrests.  If the numbers continue on that pace, there will be more drug arrests this year than last year.

“I can tell you since we got involved in this, I know two people, personally, that have overdosed and died. It’s a huge problem and just now starting to talk about it,” said Jim Morog, Pizza King co-owner.

The goal is to keep the stickers circulating for at least the next six months.