“I don’t want my past to be their future,” DeLeon said.

DeLeon battle with drugs started with caffeine pills then moved to cocaine.

He said he took everything, from prescription pain pills to heroin and added that he joined a gang and sold drugs to others to feed his own addiction.

He joined a gang and sold drugs to feed his addiction.   When he speaks to groups, like he did at Geisler Middle School in Walled Lake, he is very candid about what his addiction cost him. 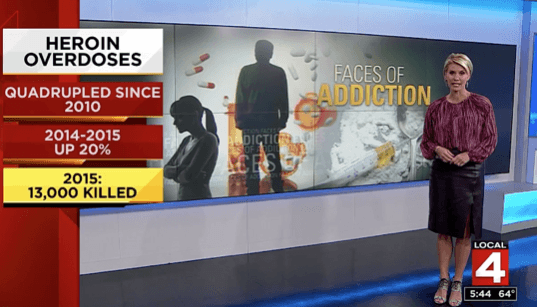 “My 63-year-old mother was strangled and killed on Mother’s Day, and I’m 100 percent responsible for that. I brought this madness into her life,” DeLeon said. “I stand before you as a person who has to live with that fact for the rest of my life.”

He has since founded Steered Straight, a non-profit organization that focuses on steering youth in a positive direction, teaching them about life choices and helping them understand the consequences of their actions.  He travels the country sharing his life story.

The New Jersey native is very concerned about the opioid epidemic and wants parents to know that the drug problem does not start with heroin.

“Opiates don’t start as opiates, heroin addiction doesn’t start as an opiate addiction, it starts much earlier,” DeLeon said. “Heroin is not their problem. If we go into schools and talk to kids about heroin, they’re going to be like ‘Well I just smoke weed,’ or ‘I just use pills. I just take Adderall during mid-terms and Xanax the rest of the year.’ We are desensitizing them to the danger of those pills and where it’s going to lead.”

DeLeon said we should warn our children about what he calls the gateway trifecta: alcohol, tobacco and marijuana.

“Between the ages of 12 and 17, entry into that begins there, and then the brain has been changed and altered so when the opiates hits the brain, it’s hitting a brain that’s been affected by an addictive substance,” DeLeon said.

“I don’t think there is any time in my law enforcement career that there could be more concern than the road that we’re heading down now with this opioid epidemic,” said Tim Plancon, special agent in charge of the Drug Enforcement Agency Detroit Division. “Prevention and education are going to be a big key in helping stem this epidemic.”

DeLeon traveled to metro Detroit to speak to several different groups, including students at Geisler Middle School in Walled Lake.  Some students spoke to Local 4 afterwards.

“It’s a real thing.  People think it’s over-exaggerated, but when I heard the guy’s story, it was really powerful,” Yasmeena Aude said.

“In reality, it can be anyone; you just have to watch the decisions you make,” said Madeline Dezell.

“I’m definitely not going to ever do drugs,” Justin Gabriel said.