He’s only a few months behind schedule with his latest film about the exponentially growing drug epidemic in the United States, but keeping pace with the contagion is the more devastating setback for anti-drug filmmaker Michael DeLeon.

The local youth rehabilitator is hard at work putting the finishing touches on his latest film, “An American Epidemic,” due out this spring.

The documentary expands the scope of his previous film’s look into New Jersey’s drug-affected communities by casting a light on the larger national issue, and DeLeon is eager to get his message out and inspire folks to affect change.

“My goal with this movie was basically I wanted to tell a different story while making a call to action,” said DeLeon, who also is president of the juvenile outreach program Steered Straight. “I wanted to get people not just more aware of the No. 1 public social health crisis that this country’s ever seen, but to get people outraged enough to do something about it.”

Filmed over the better part of 2014 during a 40-state tour, DeLeon interviewed dozens of addicts and struggling parents trying to cope with their loved ones’ drug problems.

One woman interviewed in the movie lost three children, all to drug overdoses.

“It’s just heart-wrenching,” DeLeon said of her story and many others. “We have to educate our kids about the dangers of heroin.”

From California to Maine, DeLeon and film editor Dana Horta booked visits at one juvenile detention center after another to spread their message about just how deadly drug abuse — particularly that of prescription drugs and heroin — can be.

The juvenile offenders with whom they spoke came from surprisingly varied backgrounds, from ghettos to rural areas to affluent suburbs in middle America.

That’s one of the main points of the 90-minute movie.

“The face of addiction is changing,” DeLeon said. “This crisis is affecting a demographic that really has never had this level before — the upper-middle class and affluent. It’s your AP student, your lacrosse soccer star. It’s 80 percent Caucasian.”

From doctors’ overprescribing of pain medication to the easier access of hard drugs like heroin, there are a multitude of explanations for why so many youths are addicted to these substances, DeLeon said.

“There are so many reasons why kids are starting to use drugs that we can’t put our finger on,” he said.

Many take pain medication, suspecting a tiny stigma-free pill will be harmless, but eventually turn to heroin when they run out, according to DeLeon.

Another reason, he said, is the availability of “gateway drugs” like marijuana and alcohol.

“Everywhere I went the story was the same,” DeLeon said. “Kids were introduced to drugs with alcohol and marijuana and progressed to prescription medicine and heroin.” 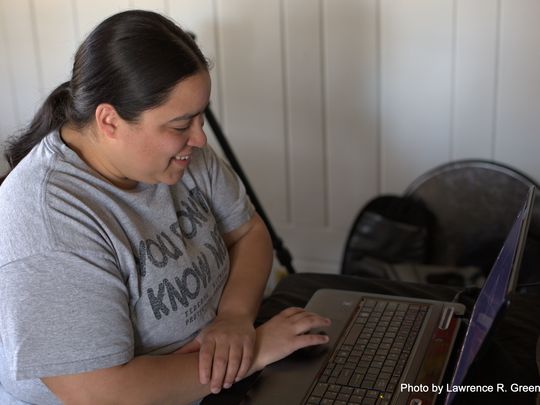 Today’s marijuana, he noted, has much higher amount of THC — the active ingredient in the plant — than in years past.

If he could, he’d like to rename the drug to reflect its progression.

“Marijuana being legalized the same way as tobacco is going to cause our society a lot of problems; 483,000 die from tobacco (each year) but we socially accepted it,” he said. “Personally, I would love to see alcohol and marijuana banned.”

Much of DeLeon’s mission is personal.

Motivated in large part by the demons of his past, the former convict and drug addict spent 12 years in a state prison before turning around his life.

He had been addicted to drugs, involved in gang activity and other problems that eventually took their toll.

But since his release from prison, DeLeon has spent most of his time trying to help others avoid the slow descent into gang life.

He runs Steered Straight, a juvenile delinquency prevention and intervention program based in Cumberland County, which he founded in 2000. It has now expanded into six other states besides New Jersey.

“It’s really broken my heart,” DeLeon said of drug abuse. “For the rest of my life, I’m going to use these films to try to end addiction.”

DeLeon last year released his first movie, “Kids Are Dying,” which is similar in style to “An American Epidemic.” 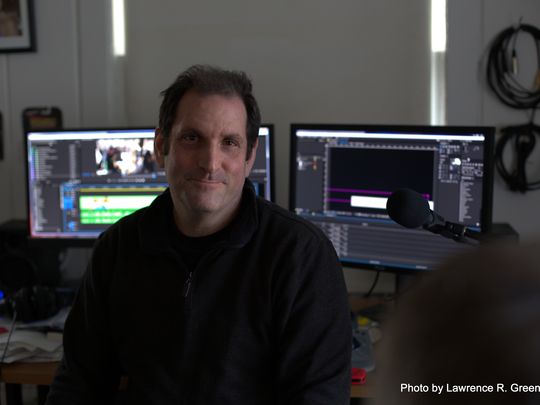 In that movie, DeLeon traveled throughout New Jersey, meeting with drug-addled youth, tormented parents, concerned officials, hopeless educators and others affected by the drug world.

“With ‘Kids Are Dying,’ I realized the epidemic is far worse than I ever thought,” he said. “It’s everywhere.”

If he hasn’t stressed enough already how much he really wants to help fix the drug problem, the financial cost of the two films will shock many.

DeLeon said he emptied his life savings of $100,000 into his work, even though he knows the endgame is largely futile.

“America will never be drug-free,” he said. “I accept it, but I just want to try to end the epidemic crisis that we’re experiencing in New Jersey and across the country.”

The yet-unfinished movie has been featured in 11 film festivals throughout the country, garnering support from celebrities including comedian Andy Dick.

When it comes to distribution, DeLeon said he has about 600 pre-orders so far for his planned 5,000 first run of DVDs. He also has been talking with major cable companies about possibly broadcasting it.

“At the end of the day, I want to bring a different kind of awareness to the country,” he said. “We can’t rely on law enforcement or our medical communities or our educators to solve this problem. It must be solved in a collaborative way.”