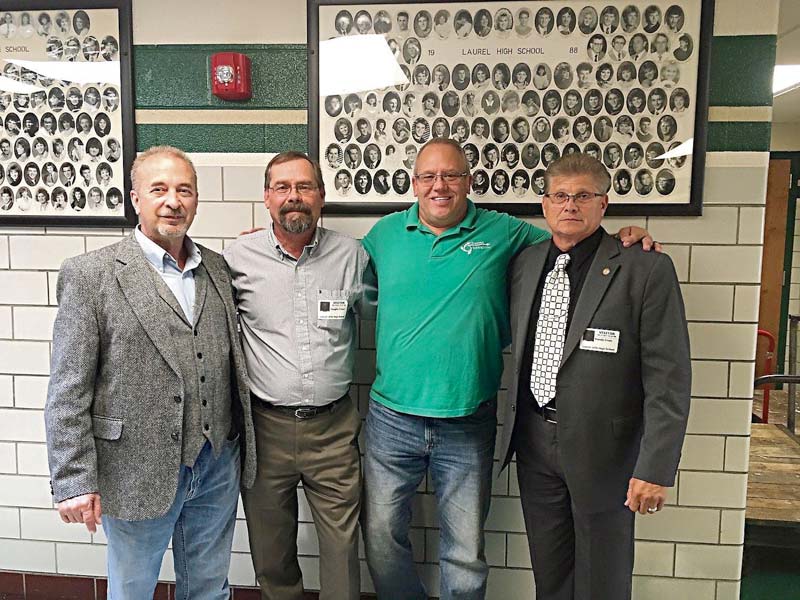 Michael DeLeon made many choices during his lifetime. Most of them were bad.

His message to students on Monday at Laurel High School, though, was about making the right choices in life. He urged students to make better choices with their lives than he made with his own, get good grades in school, respect themselves and stay away from drugs and to not let people influence their decisions.

DeLeon is the founder of Steered Straight and travels to 40 states each year giving talks about the dangers of drugs to high school and college students while making visits to jails and prisons.

“Don’t believe the lies you are told about drugs,” DeLeon told the student body. “Talk to your parents and tell them how important they are. Put it on paper and talk about what is going on in your life. What you do affects your family.”

DeLeon’s message encouraged students to “stay in their lane” and not make poor choices which will affect their quality of life.

“When I was your age, I felt I wasn’t worth it,” DeLeon said. “You are worth it. I didn’t think ‘it’ would happen to me. I had the opportunity to say no and I didn’t.”

DeLeon detailed his life story, which began with abuse as a teen, to not fitting in during his high school years, to being in the U.S. Army for three years and then quitting college in his first semester.

“I was a two-time state champion in wrestling in New Jersey,” DeLeon said. “I graduated with a 1.58 GPA and no schools wanted me.”

DeLeon would be part of American Messenger Service, a small package delivery company in North Carolina shortly after college. He said the company grew from $285,000 in business in its first year and $27 million in its second year. The company was eventually sold to Roadway Express and then the FedEx.

But, DeLeon wasn’t around to see it.

DeLeon spoke of how he was taking 100 amphetamine pills per day his time working for the company, and how amphetamine use grew into cocaine abuse and then injecting himself with a mixture of cocaine and heroin.

“My father and my wife held an intervention,” DeLeon said. “At the time, I owned 11 percent of the company and they cut me a check for $187,000 and told me I could go get help or they would buy me out and fire me.

“I wanted that check.”

DeLeon told students how he spend all his family’s money – about $220,000 – in 60 days on drugs. He eventually went to New Jersey where he had a job waiting for him, but wound up spending his first and last month’s rent and security deposit on drugs.

“I shoplifted to buy drugs,” DeLeon said. “I robbed people, I broke into homes to steal and pawn stuff to get money to buy drugs. I robbed gas stations.”

DeLeon’s path eventually led to him joining a street gang, his mother was murdered as he claimed gang members were looking for him after a drug deal gone bad. He served time in jail on murder charges in his mother’s case.

“I am begging you kids to not compromise yourselves,” DeLeon said. “You are getting lied to about smoking, vaping, alcohol. Be the generation that ends smoking.”

The husband and father of two took questions from students ranging to what gang he was in to what his favorite drug was. And, he even called his wife of 26 years during the program and she talked to students and answered a couple questions.

DeLeon told the crowd the drug he used the most was cocaine, but his favorite drug was his wife. He told the students, who sat in amazement, about he squandered $3 million on drugs how he has been dead six times – three during surgeries, three overdoses – and has been brought back to life.