Former N.J. councilman to speak at town hall in N.H.

Meara, who left the council at the end of 2015, founded the nonprofit drug counseling agency City of Angels in 2009 after his 24-year-old son KC Meara died of a heroin overdose.

The event, Solutions to an Epidemic, is being hosted by Michael DeLeon, an anti-drug activist who runs the Cumberland County-based program Steered Straight, and a Dover, N.H. church, where the event is being held. 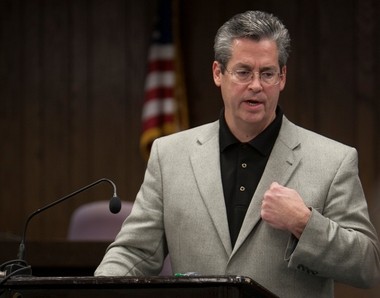 Presidential candidates have been invited to the town hall meeting, the organizers say.

Meara was invited by DeLeon, who he knows from their anti-heroin efforts, and eagerly accepted the invitation, saying he wants to learn more about New Hampshire’s heroin issues and if they can help efforts in New Jersey.

And with a lot of extra news outlets in New Hampshire ahead of the presidential primaries this coming Tuesday, “I saw this as a once-in-a-lifetime opportunity,” Meara said earlier Thursday.

“I don’t know that heroin is going to be number one issue four years from now in the next presidential election,” Meara said.

In addition to Steered Straight, DeLeon has made two documentaries about substance abuse, Kids Are Dying and An American Epidemic.