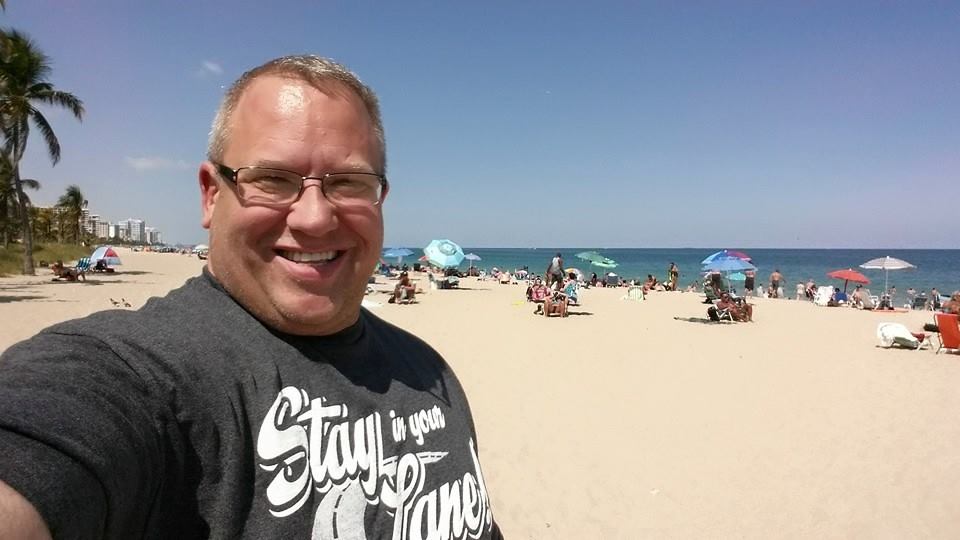 “Itcan’thappentomeism” is a Disease. Not just a Suburban one, but that’s where it lives as an epidemic! Naivete, being unaware, and believing that this kind of danger lurks somewhere else; Not in my backyard. Not My Kid! This Is Real, and It’s Getting Worse.

For the past 12 years, I have traveled the entire country, speaking in all 50 states,  making a difference in the lives of people by sharing a cautionary tale and educating youth with my story. It has become my life’s mission. There are some that STILL feel the need to bring up their perception and judgment about my past. Their truth has nothing to do with THE truth, or with the mission I am on to reach youth about making healthy, life choices. I don’t want my past to be their future, yet SOME people STILL want to judge me by my past. Well, I don’t live their anymore. I live life through my windshield but many people want me to live it through my rear-view mirror. Well, I pray for them, and I wish them well. But nothing can stop my purpose in life because my passion has met my purpose, and I live to make a difference.

First of all, my birth name is Barry Michael DeLeon. Since middle school, I dropped my first name and never went by it again. It was still my legal name, but I always disliked the name, and although it graced the face of many legal documents and IDs, I never used it. In 2010, when I was off parole, over 4 years out of prison, I legally dropped my first name and began using my middle name as my first name. Michael was what I have always gone by, so I made it legal. Michael DeLeon… There are SOME people who say that I changed my name to hide my past!?!?!?!?! If I was trying to hide my past, WOULDN’T I CHANGE MY ENTIRE NAME??? And would I remain in New Jersey talking to audiences every single day sharing my past, talking about my prison experience, sharing my Mother’s death and my drug and gang involvement? Would I use my home town, my last name, show my prison mug shot? I guess to some Google Pajama Detectives that have nothing better to do in their lives but sit around and take other people’s inventories, the explanation isn’t enough. But they can continue to take my inventory and run their mouth all over the place because I have already taken my inventory, and guess what, I have ALOT of skeletons, but NO CLOSETS!! I Have Nothing To Hide, and I share my past every single day.

To whom much is given, much is expected…. and I plan to live up to God’s blessing.

Second of all, on May 13, 1995, my Mother, Catherine Theresa DeLeon was murdered. I came home from a three-day drug binge and found her. We all assumed that she died of natural causes at the age of 63, but after an autopsy was performed that WE requested, it was found that she was strangled. The Morris County Prosecutor’s Office immediately focused on me. Noone else. Even though it was well known that I had gang ties, that I was already under investigation by several different municipalities for gang activity, that I was obviously involved through drugs to very violent and dangerous people, and even though there was absolutely no motive, nor incentive, nor reason at ALL for me to hurt my Mother, their focus was solely on me. I was asked to go in for questioning and I cooperated. Over 12 hours later, I had had enough. It was evident to me that their focus was on me and they were not at all interested in the truth. Over that 12 hours of questioning, they had apparently went to TWO Morris County Judges for an arrest warrant for me. BOTH Judges told them that they were nuts. BOTH Judges told them that simply because I found her, where was the evidence. Well, there WAS NO EVIDENCE, and there never was, because I wasn’t event there when it happened.

There is a book coming out this year that I finally finished writing. It is called, “Chasing Ruin Finding Redemptionl” and it will unfold the entire story, the truth, and answer many questions, most importantly who murdered my Mother. While waiting almost two years in a jail cell awaiting my fate, the state, who really had nothing in their case, decided to ask me to take a stipulated polygraph test. I jumped at the chance, but my attorney said no. I argued with him for weeks and threatened to contact the state and take it without his consent. He decided to give me one, and guess what, I passed it with flying colors. I think he was shocked actually. To most public defenders, most of what they see is guilt. To a prosecutor too.

Well, he still didn’t want me to take their test, but I insisted… and guess what, I passed that one too. Their state investigator that gave me the test looked me in the eyes and said, “You’re telling the truth.” NO SHIT, I said!  Even though I had passed two polygraph tests, and the state had absolutely no evidence or case against me, I was still sitting in jail. WHY? Are prosecutors unwilling to admit they might be wrong, that their detectives might not have focused on the right person? I just couldn’t understand how I could still be facing life in prison.

Twenty-two months sitting in the Morris County, NJ jail, I had an attorney who wanted to take me to trial, and whom believed in my innocence. He secured for me a 5-year prison sentence. He believed that the State was hell-bent on having someone answer for this, and it was shared with him that, “even if he didn’t do it, he’s responsible for it.” I was looking at taking my chances with a trial, facing a 30 to life prison sentence, or being in a half-way house in 6 months and coming home in 32 months… I was one of 12 murder defendants housed in the Morris County jail during that period of time, and every single one of them were getting 30 years. I decided to take a plea bargain for 5 years in prison.

Many people ask me how I could’ve plead guilty to something I didn’t do, especially something like the murder of my Mother… Well, What do you think? What would you do??? Don’t answer that, because it’s impossible to answer it, unless you’re sitting in a conference room looking at a 5-year prison plea bargain with a Judge and Jury in the courtroom next to you holding a 30 to life fate over your head.

My Mother’s death is part of my story. The worst part, but still, only a part of my story. I did many bad things. I hurt many people. I broke nearly every law written and I spent nearly 12 total years in prison and halfway houses for the crimes I committed and for the one that although I didn’t commit, I am responsible for. I am not guilty of an aggravated manslaughter of my Mother, even though I did in fact plead guilty to it. Regardless, I believe that I am responsible for it. I put her in that situation. I brought gang members into my life, into our house. I endangered her, and I AM responsible for her death. I have to live with this every single day. I will never live a day where I don’t have to face this reality. That is why I will spend every day of my life trying to make a difference in the world using not only this part of my story, but my entire life story. And for the last 12 years, I know that I am making a huge difference.

Recently, in Monmouth County, New Jersey, a very affluent NJ County with the 2nd HIGHEST level of heroin use in the State, I had many parents come to an evening session for a drug-awareness seminar. They all told me that the ONLY reason that they came to see me was that their children came home and couldn’t stop talking about my visit to their school. They had conversations with their kids about drugs and underage drinking, conversations that they never had before. I receive hundreds of emails, social-media messages and letters from students, parents, educators about the difference I am making with students and staff alike. Yet, SOME people continue to want to bring up my past in a way they feel I don’t. Ignoring the good that I am doing, and the difference I am making, they want to take my inventory. I know they only take my inventory because they’re disgusted with their own…. and I know they comprise such a tiny minority of people who for no other reason but self-hatred want to stop me from doing what I am doing.

Well, I will NEVER Stop!

It would be so easy for me to just move on with my life, to just work a normal job for 40 hours a week and live my life. But I can’t do that. I must make a difference in the lives of others forever. And that is what I am going to do.

Finally, I was raised by two amazing parents, in a very good place with very good people. My childhood was plagued with trauma and infected with sexual and physical abuse. But, I wasn’t raised to be a drug addict and gang member, yet that is what I became. I caused havoc in my life and hurt many people. But now, for the rest of my life, I am committed to use my past to change the future of as many youth and young adults as I possibly can. The detractors and haters will NEVER stop me. I didn’t think what happened to me could happen to me… but it did. I am hoping that I can make such a difference, that it doesn’t happen to anyone else.