SOMERSWORTH — Middle school students are well aware of the drug problems plaguing the city, and many know someone who uses drugs.

DeLeon produced two recent films. The first, “Kids are Dying,” is a look at a specific group of teens in New Jersey. His current film, “An American Epidemic” is the result of traveling to more than 40 states to document the path of destruction left by the heroin epidemic. 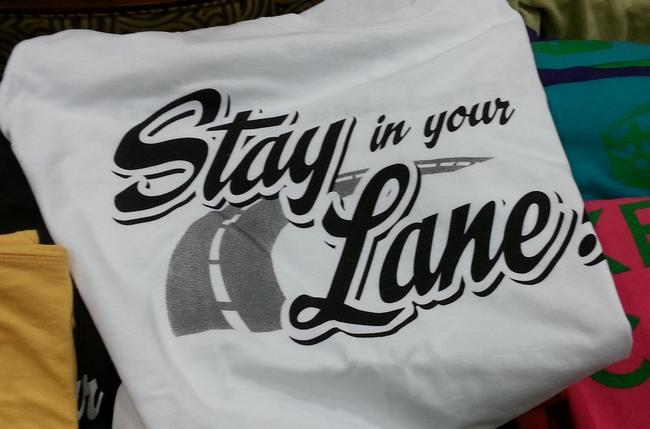 Hayden said they asked the students, most between 12 and 14 years old, if someone in their life has been involved in drugs.

“A quarter of our students raised their hands,” Hayden said. “So it was real. Kids were able to look around the room and see that it is something we are all dealing with.”

Hayden said the message of Steered Straight tells kids they have the power and it’s all about the choices they make. They can chose to take the right path or chose to take a different path but it’s all on them.

With the notion of Steered Straight DeLeon contends that scared straight doesn’t work.

Hayden said the speakers were very clear about the bad choices they made. Deleon spent 14 years in prison and the kids heard that.

“It’s not blaming, it’s not as simple as ‘just say no,” Hayden said. “It’s all about choices that you make and how you’re going to affect your life.”

Hayden said there were some kids for whom it struck an emotional chord, some were crying.

Moore, 13, said she thought it was a good way to get the message across.

“Because most people just come in and say don’t do drugs,’” Moore said. “These people had actual stories and you could hear it from their perspective.”

Moore said Steered Straight is trying to show them what could happen, not just trying to scare them, “If you scare them they might still think it is dangerous and cool. So they’ll try it,” Moore said.

Vieira, 14, said the speakers really told their life stories well and didn’t hold anything back.

“I thought other presentations about drugs were less real,” Vieira said. “They really showed us what happened and what is going to happen if you do drugs.”

Hayden said the Steered Straight also stresses the important of trusting others.

“We’re really hoping that the kids are listening because it is important,” Hayden said. “There are people in their lives that are there to support them, that love them and care about them but it’s on them.”

Neal, 14, said she has had a lot of people in her life who do drugs and doesn’t feel they are being honest with themselves or their friends.

“You don’t know whose doing drugs or not,” Neal said. “If you talk about it and they tell you they’re doing drugs you feel like you need to help them but you treat them differently.”

Moore feels some people won’t go to adults no matter how much they trust them.

“They know adults are going to say ‘don’t do it’ and they are going to tell someone and they don’t want them to,” Moore said. “So they will go to their friends and that puts the friend in a bad spot because there are a lot of people in this school who do drugs and their friends can’t really do anything because they don’t want to ruin the friendship.”

Burbank, 13, was shocked to learn in some states there are 9-year-olds locked up.

“You really don’t see a bunch of young kids that are locked up in jail these days,” Burbank said. “In your teens it’s more common because that’s the time you don’t know what you want in life. You think you have it all figured out but you don’t.”

Burbank said asking for and accepting help is a choice.

“I think it would be a really bold choice if you got the help because drugs can take you down the path of death,” Burbank said. “It’s better to accomplish your dreams; you want a good life so basically don’t do drugs.”

A message within the Steered Straight program is “Stay in Your Lane.”

Hayden said DeLeon gave a visual of a fork in the road, one direction had a sign that said do not enter. “He asked the kids which way are you supposed to go and all the kids said to the right,” Hayden said. “He asked ‘could you go to the left, is it the right way to go?’”

Then they talked about the consequences; what would happen if they took the wrong lane.

Middle School Principal Dana Hilliard said the message of Steered Straight was right on point and reinforces the mission of the school to guide students into making positive choices and not giving them the message that negative choices don’t have consequences.

“At this age is when we have to give them the hard reality that getting wrapped up into illicit drug use is going to have a major consequence in your life,” he said.

Hilliard said he was amazed at the number of hands that went up when asked if they were aware of the drug problems.

“The students coming though middle school now have family members who are addicts, recovering addicts,” he said. “They have lost someone to drugs or alcohol, know someone who lost someone or know someone who is incarcerated because of those choices. If we do not start solving this problem then we are on the verge of losing an entire generation in this country.”