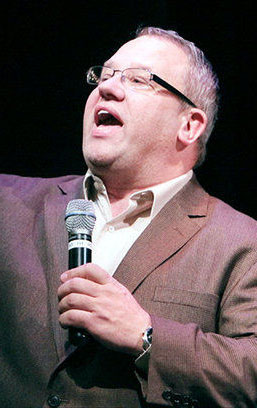 Michael R. DeLeon, a successfully acclimated ex-offender who after nearly 8 years of drug addiction and gang involvement, spent 12 years in state prison and half-way houses for a gang-related homicide. Michael plead guilty in a very emotional and complicated case involving the murder of his own Mother by people tasked to kill him.  Since Michael’s release from prison, he has earned 3 Associates Degrees, a Baccalaureate Degree in Business Management, with a minor in Criminal Justice and a CADC Educational Certificate. Michael is now in the process of obtaining his Tobacco specialist certification from the University of Kentucky School of Nursing, his Masters Degree in Social Work at Liberty University School of Social Work as well as pursuing his LCADC.

Michael DeLeon is on a mission: A mission to educate the youth to stay on the right path when it comes to serious life issues, especially drugs. He has become the #1 booked school presenter in the country.

Michael is the founder and powerhouse behind Steered Straight Inc., a non-profit organization formed in 2007 upon his release from prison and designed to carry an important message to youth on the extreme dangers of drugs, gang involvement and associated criminal activity.

Steered Straight’s program reaches out to children, teens and young adults with a message of reality about life-choices and the importance of consequential thinking so that they understand that there are consequences to their actions. The reality of the message comes from Michael himself, who was entwined in the life of drugs and traveled a troubling road to get to his future.  Throughout the country, Michael now leads a team of talented speakers who present a realistic and powerful prevention message.  His “no holds back” message resonates well with student assemblies, faculty and parents.

Stay In Your Lane Media, the media arm of Steered Straight, was founded by Michael in 2012, and has produced four award winning documentaries, Kids Are Dying, An American Epidemic, Marijuana X and Road to Recovery. His fifth documentary, “Higher Power is currently in post-production. Michael has also produced multiple public service announcements, as well as educational and instructional videos on prevention and Recovery

Michael founded a project of Steered Straight, Inc., called “The Recovery Army”. Recovery Army’s mission is to recruit everyone to wage war on this pandemic of addiction. He tours the country in a Recovery Army Tour bus, visiting communities with educational resources, films and books. He visits schools, prisons, jails, treatment centers, Churches and community organizations addressing each group with catered messages and presentations. He captures stories of Hope and Recovery and has produced over one hundred video stories on the Recovery Army Website.

Every state in America has experienced Michael DeLeon – one of the most passionate prevention speakers you will ever encounter.  He is a member of many associations, committees and boards, but more importantly, he will take the time to answer questions from any youth and talk with anyone in his audience. Why? As Michael says, “I don’t want to just affect one kid; I want to affect them all.”

Michael has spoken to more than ten million students and young adults in more than 6,000 schools and facilities. As a published author and international motivational speaker and educator, Michael has delivered evidence-based student programs in ALL 50 states and numerous other countries.