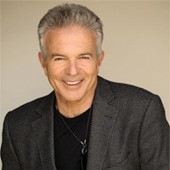 Award-winning actor Tony Denison joined the cast of The Closer, starring Kyra Sedgwick, as Det. Andy Flynn in 2005, which quickly became TNT’s # 1 Drama. Transitioning his role onto the spin-off series Major Crimes,  with season 6 now filming and has broken all rating records with over 10 million fans and consistenly wins the night the show airs.  Lt. Flynn is a consistent fan-favorite known for his antics opposite GW Bailey’s Lt. Provenza and for his character’s romance with Mary McDonnell’s Capt. Sharon Raydor, which his avidly growing fans affectionately refer to as #Shandy, and with this seasons wedding the fans will be glued to their screens more than ever.

Denison has received a Prism Award by the Entertainment Industry Council for Outstanding Performance in a Drama Series and five SAG nominations for Outstanding Performance by an Ensemble in a Drama Series. As a popular television guest star, he’s appeared on ABC’s Castle, in the final season of FX’s hit show Sons of Anarchy and had a recurring arc on FOX’s Prison Break.

With a passion for cooking sparked by his starring role in the film festival favorite Trattoria (available now on DVD), Denison makes a delicious French Toast Italian Style with Ricotta Cheese and a mean Eggplant Parmesan, which can also be found in the Major Crimes Cast & Crew cookbook to benefit The Sunshine Kids Foundation. He has made several appearances preparing his signature dishes on CBS, The Better Show, Hallmark’s Home & Family and FOX. He has also been seen on EXTRA!, Entertainment Tonight, The Insider, Hollywood Today Live, Hell’s Kitchen, and is a frequent guest on KTLA’s Morning Show.

He also is starring in a new Virtual Reality film from The Rogue Initiative’s Studio entitled- Agent Emerson as ‘The General.’  He also loves doing independent films including the modern-day thriller, Dirty, with Chaz Bono and Alexandra Paul, the final chapter based off Ayn Rand’s popular series, Atlas Shrugged: Who is John Galt? where he starred alongside Backstrom’s Kristoffer Polaha, Clarity alongside former Major Crimes co-star Nadine Velazquez, and another thriller called Dementia.

Denison made his momentous television debut starring in Michael Mann’s critically acclaimed drama Crime Story as Ray Luca. He received a fistful of kudos, including TIME Magazine’s recognition as “Televisions Best Villain of the Decade.”

Denison’s personal mission is to maintain his blue-collar values in a gold collar profession and is a sought after celebrity presenter and host at entertainment industry awards shows and as an avid poker player, he can be seen participating in many charity poker tournaments. He is dedicated to helping others whenever possible and donates his spare time to The Sunshine Kids Foundation, which makes dreams come true for chronically ill and physically challenged youths, Habitat For Humanity, A New Way of Life Re-Entry Project, Best Friends Animal Society and many more.