“I just didn’t think it would happen to me, and I was wrong,” says Michael DeLeon, the CEO  and Founder of Steered Straight Inc.

Michael DeLeon  is talking about his battle with addiction.

“My best friend introduced me to cocaine, and looking at it naively thinking hey everyone is doing it. It’s just a line of coke, no big deal,” says DeLeon.

Sunday’s discussion was organized by Growing Hope. The Ocean City organization raises awareness about drug abuse and addiction and invites folks like DeLeon to share their stories. 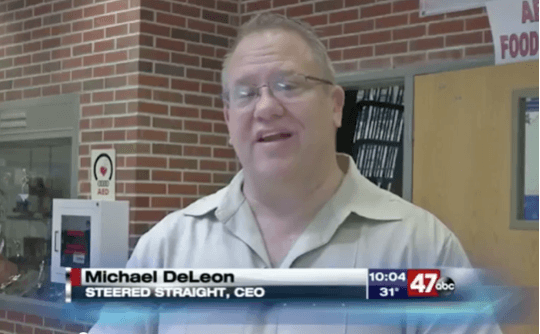 DeLeon says his first line of cocaine turned into a habit, which quickly spiraled south.

“Within 18 months of being introduced to cocaine, less than 2 years  I lost it all. Lost all my money, lost my house,” says DeLeon.

He tells us his drug addiction eventually led him to gang and criminal activity, which landed him in prison for 12 years.

However DeLeon, has been using his past, into a story of hope. The past years he has been traveling throughout the country sharing his story to inspire others to not ignore this epidemic.

“I want families to understand that the problem is real. That they need to seek help before it gets any worse,” says DeLeon.

During his next few days in Worcester County  he hopes to reach as many children and families with his story. He wants to have discussions with local leaders, parents, and law enforcement on solutions on how address drug and opioid addiction.

“If we don’t come together, every sector of society, we are going to continue this pandemic,” says DeLeon.

DeLeon will be speaking again at the Ocean City Performing Arts Center Tuesday, February 28th. He will be joined by Brandon Novak,  a professional skateboarder,  who will also be sharing his story with addiction.

The event is free to the public and will begin at 6 PM.